Last week, Elon Musk tweeted in a series of updates that Tesla would be attempting to service two-thirds of customer requests “same day.”
One of the many benefits of owning an electric vehicle is the lack of service required. According to Autoblog, of the top 5 most common car repairs – oxygen sensor replacement, inspection of loose fuel cap causing engine light, catalytic converter replacement, mass airflow sensor replacement, and spark plug replacement – none of them are even possible on an electric vehicle. Nonetheless, due to a range of issues, Tesla has had a consistent problem with servicing its ever-growing group of customers’ needs. Musk is set out to change this, and owners should have many reasons to be optimistic!
Working on Tesla North American service.
Goal is 2/3 of cars receive same-day service, no wait.
— Elon Musk (@elonmusk) June 4, 2022

Looking at Tesla’s service problem, it is multifaceted and often self-feeding in nature. To start off, quality control at Tesla has been a known problem, with customers experiencing everything from missing badges to paint issues to panel gaps. All of these issues must be serviced, and much of this service will be done at one of the company’s service centers.
Quality control (QC) service requests, when combined with normal service load, mean that Tesla service centers’ availability is often impaired. Tesla Motors Club forum even has a thread dedicated for service center wait times. This means that customers may be forced to wait longer periods before service, and if the service is not done 100% correctly the first time, the service center doesn’t have the capacity to bring them back immediately.
This lack of availability is compounded by Tesla’s lack of service centers as a whole, some states having only single-digit numbers of service centers available. This means that the service centers that do exist are responsible for a larger number of vehicles. And while independent service centers exist commonly throughout the US, many refuse to work on Tesla products or any electric vehicles for that matter, even when they have the capability to do the work. Once again, this forces more service requests to Tesla service centers. 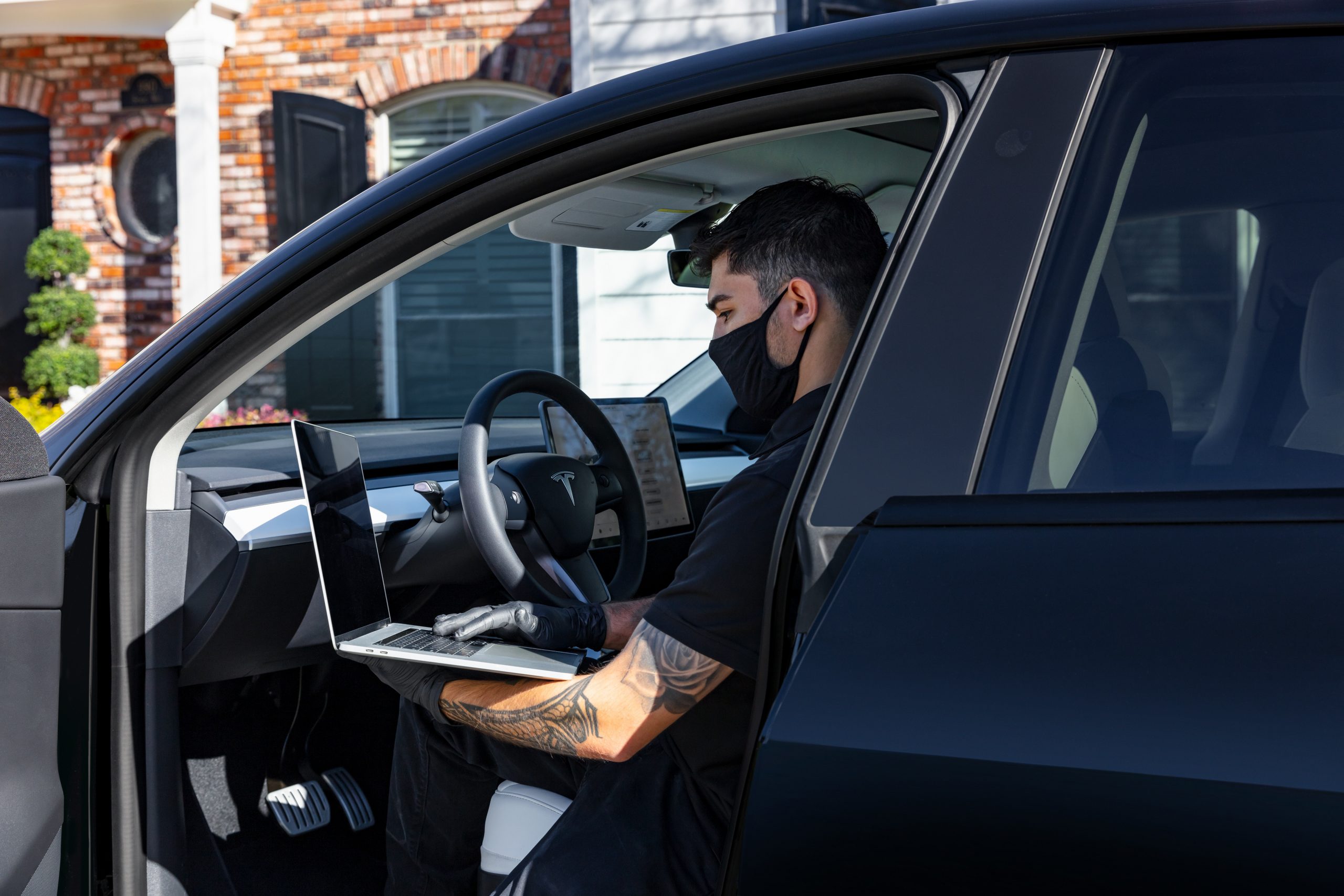 Credit: Tesla
Finally, because new car QC requests are often covered by Tesla at no cost, this incentivizes customers to go to service centers for free work instead of going to independent shops that may be able to help them.
These problems have not been ignored by Elon Musk, and since 2018, Tesla has addressed many of these concerns. Most predominantly, since 2018, the number of service centers and the area that they cover has increased drastically. Looking at a map of 2018 and comparing it to now, areas such as New England, the Pacific Northwest, and the South have all seen massive increases in capacity. Tesla aimed to open one new Service Center per week in 2021, and, in general, the automaker has experimented with many different specialized service programs.
This is combined with an increase in capacity in Tesla’s mobile repair teams, who can often address service requests before the customer has to come to a service center. And in more recent news, Tesla has even made their repair manual free for customers to access, allowing more repairs to be done outside of service centers.
Another obvious change consumers have seen is an improvement in QC. Even according to JD Power’s rankings of brands by initial quality, from 2020 to 2021, Tesla has reduced the number of “problems per 100 vehicles” from 250 in 2020 to 231 in 2021, a number that is competitive with brands like Audi (240) and VW (213).
Service centers themselves have also been changed over the past 4 years with the inclusion of F1 style pit lanes that allow customers to be more quickly addressed and hence allow the service team to address more requests in a day.
Nonetheless, many have been concerned that these changes have not been enough to fix the Tesla service issue. Leading many to think about what could be done to improve the situation. A couple of options have been put forward by industry professionals and Twitter users alike. One such suggestion has been the expansion of the Tesla START program, a program that teaches individuals how to work on Teslas and then places them with a full-time job at a Service Center location across the country. Currently, the program is offered at eight colleges across the country: Rio Honda Community College in Los Angeles, Central Piedmont Community College in Charlotte, North Carolina, Shoreline Community College in Seattle, Evergreen Valley College in San Jose, California, Suffolk Community College in Selden, New York, Miami Dade College in Florida, Texas State Technical College in Waco, Texas, and Sinclair Community College in Dayton, Ohio.
Overall, the changes made in the past 4 years should give Tesla’s current and future customers much to be optimistic about. QC has improved, the speed of service operation has increased, service manuals are free and open to anyone, and the number of service centers has increased. The only question is, what is Elon Musk planning on implementing next to improve Tesla’s Service department?
What do you think of the article? Do you have any comments, questions, or concerns? Shoot me an email at william@teslarati.com. You can also reach me on Twitter @WilliamWritin. If you have news tips, email us at tips@teslarati.com
Tesla CEO Elon Musk has been pretty open about his political leanings as of…
The rumors surrounding Tesla and its alleged battery supply deal with China-based company BYD…
Teslas are premium vehicles and their tech stands far beyond the competition, but some…
Recently, news broke that some SpaceX employees have written an open letter criticizing CEO…
An updated prototype of the Tesla Semi was recently sighted on a California highway,…
Copyright © TESLARATI. All rights reserved.