San Francisco-based Live Fit Gym is set to take over the former Castro 24 Hour Fitness location at 2145 Market Street (at Church).
Live Fit made the announcement in a social media post last month. The Castro location will be Live Fit’s eighth location in San Francisco.
Live Fit COO Patrick O’Brien tells Hoodline that the new gym will open on June 20. “We’re really excited to be a part of the LGBTQ community,” said O’Brien. 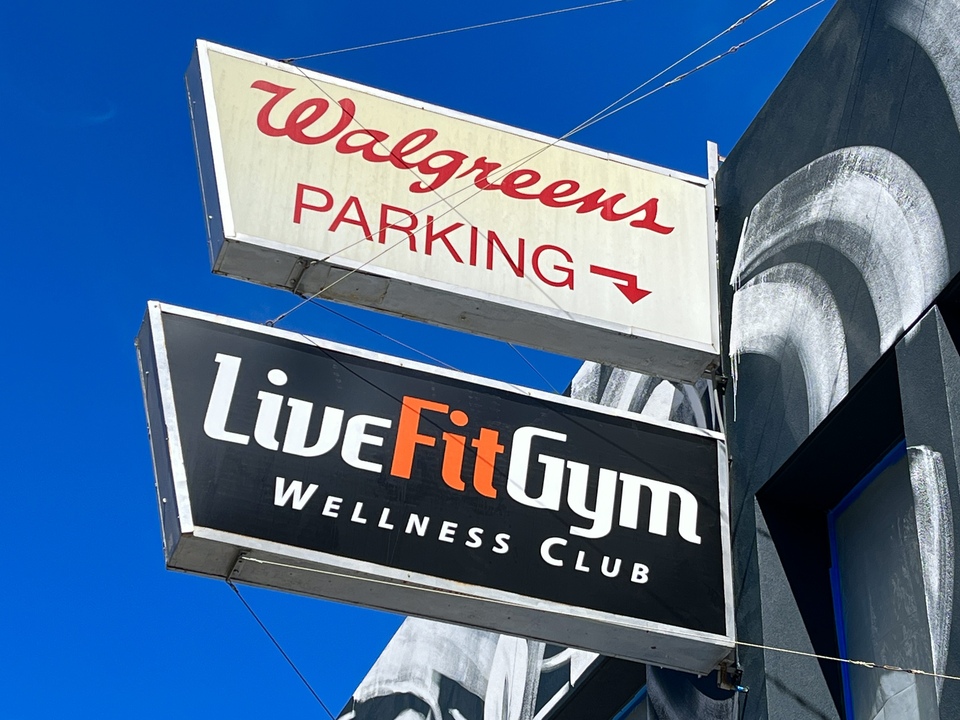 Live Fit Gym has installed its sign on the exterior of the building. | Photo: Steven Bracco/Hoodline

Founded in 2007 by O’Brien and his parents Dr. Milton and Katie O’Brien, Live Fit Gym currently has seven locations in San Francisco: Fairmont Hotel (950 California), Inner Richmond (403 Arguello), Hayes Valley (301 Fell), Cole Valley (957 Cole), Lower Nob Hill (1094 Bush), Polk Gulch (1630 Polk), and Mission (675 Valencia).
As Hoodline previously reported, in the early stages of the pandemic, 24 Hour Fitness closed its Market Street location along with three additional gyms in San Francisco.
Live Fit is set to take over the two-story, approximately 16,000-square-foot space, making it the company’s largest location by more than double.
“The 24 Hour Fitness that was here before was a staple spot for people to work out in the city,” said O’Brien. “It’s square, smack in the middle of the city. I don’t think you can get more central and it has amazing parking.”
“We’re really excited and honored to be a part of the Castro,” added Danielle Tellier, director of sales and operations. “We’re so fortunate to have an opportunity to move in and it was health club prior to so it’s an easy transition.” 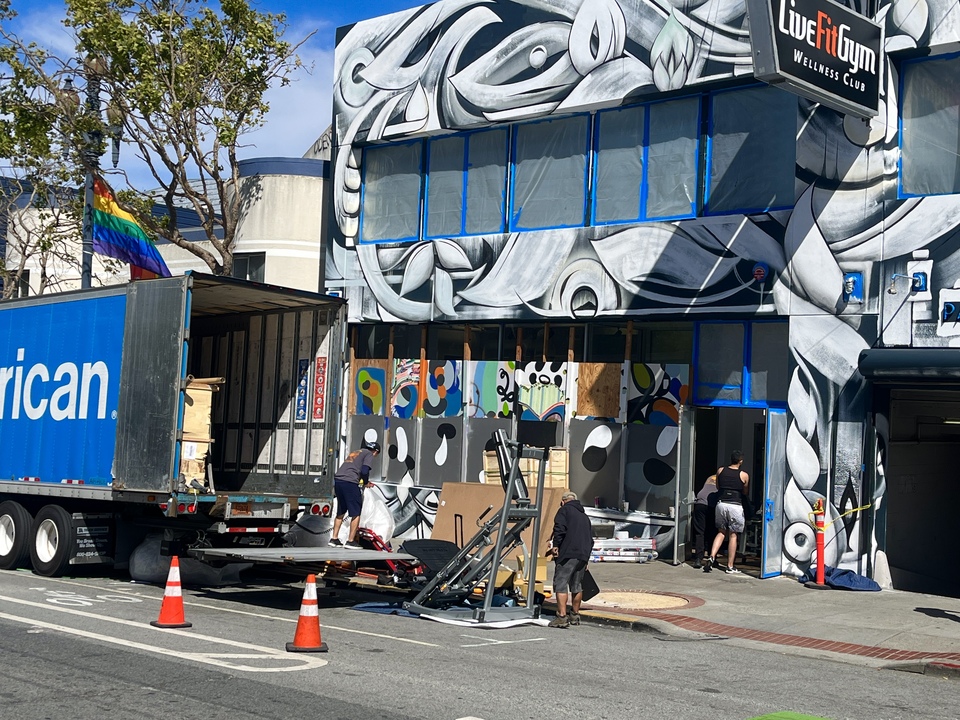 “When we heard 24 Hour Fitness closed, we jumped on it to start looking into if things bounced back after the pandemic would we have a shot to take it over,” said O’Brien.
O’Brien and Tellier tell Hoodline that the ground-level will be a work lounge. “We’ll have food, to-go salads, smoothies, and juices plus lots of outlets for people to work,” said O’Brien. “It’s going to be a relaxing atmosphere.”
To create that environment the space will have multiple chairs, couches, and sofas. “We’re setting it up like a luxury hotel,” explained Tellier. A room previously used by 24 Hour Fitness for spin classes will now be used as a relaxation and stretching area.
“We feel people need a space to go to with this work-from-home lifestyle,” added Tellier. “Our goal is to bring back community to health clubs.” 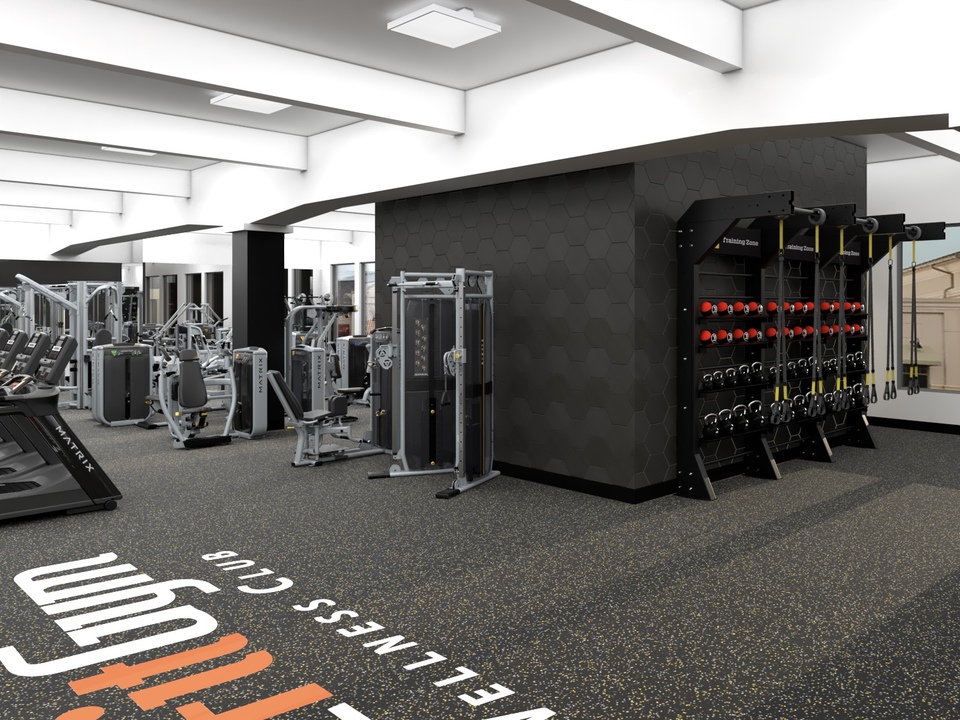 The workout and group class area will be up on the second floor where all new equipment is currently being installed.
While there are multiple options in the area for fitness enthusiasts, O’Brien believes it’s the large group exercise room that sets them apart from the rest. “It’s monster huge,” said O’Brien.
“What also separates us is having that work lounge and offering a communal for people to come to and celebrate life again,” added Tellier. 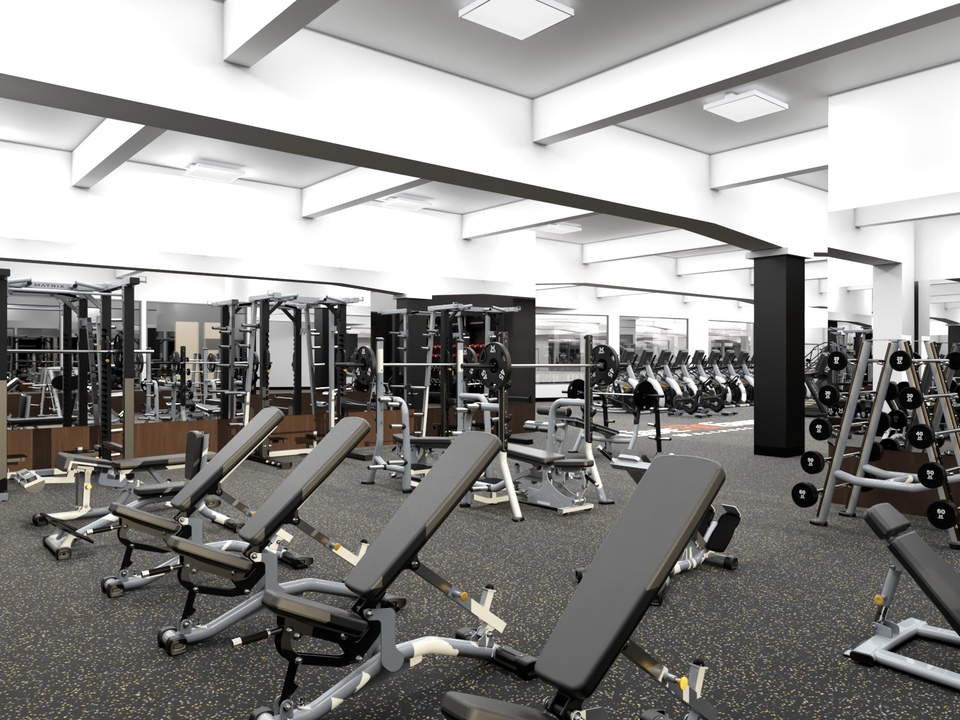 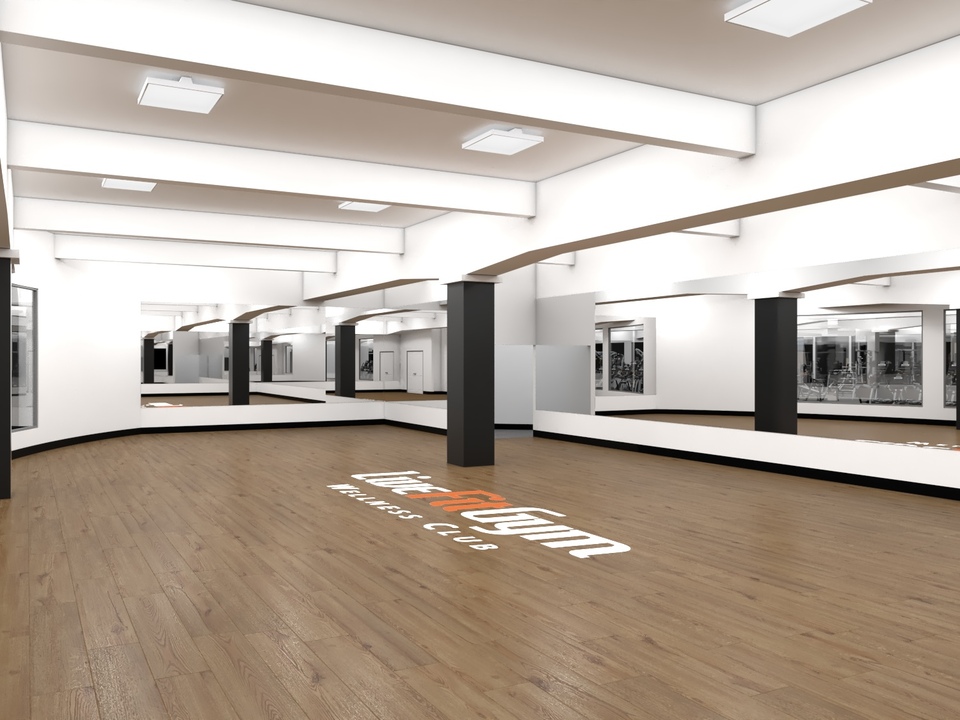 Along wither offering traditional weight lifting and group exercise classes, Live Fit offers a variety of wellness options including massage therapy, chiropractic, acupuncture, and personal training.
“We’re boutique-style healthcare with a strong emphasis on wellness,” said Tellier. “Wellness is really the future of fitness.”
Work inside the gym is currently underway including painting and refinishing the floors. O’Brien says they’re been remodeling the location for three months now. “It’s been a lot of cosmetic upgrades,” said O’Brien. “We put a lot of heart into it.” 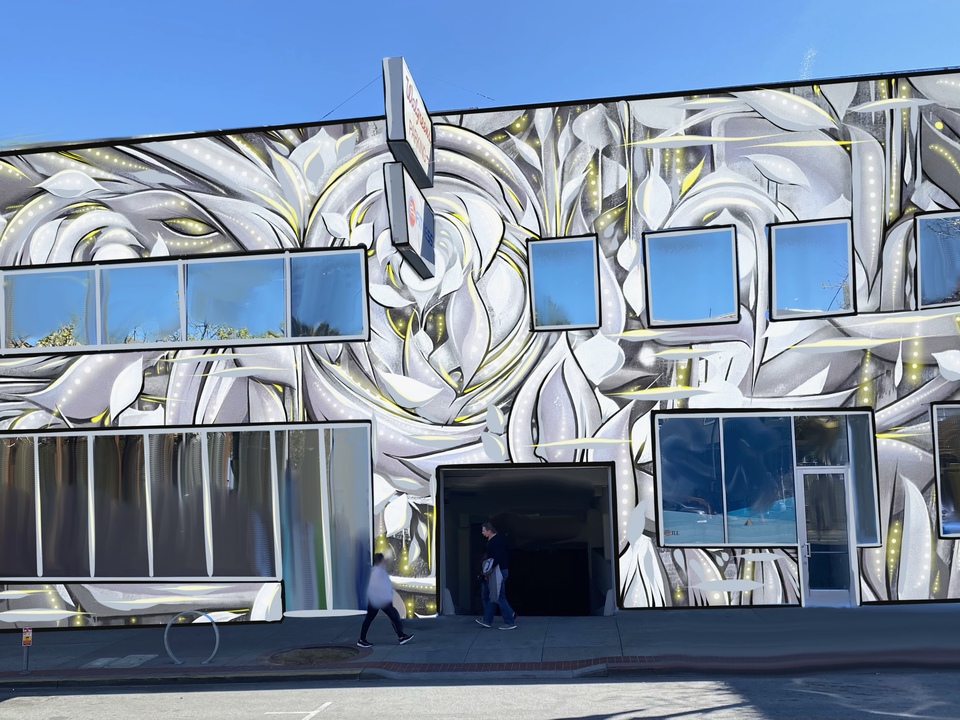 “If you came into 24 Hour Fitness a month before it closed and you came it now it would be 100% like night and day,” added O’Brien.
Included in the work is a mural on the facade of the building by artist Ian Ross. O’Brien tells Hoodline that the mural will be completed next week.
Live Fit is currently offering $0 enrollment and $107/month membership if you sign up by June 15. Membership includes access to all of Live Fit’s locations.
Seven months after bathhouse and sauna Eros closed its longtime Castro location, it will have a “Pride Weekend Sneak-Peek” at its new Turk and Taylor Streets location.
After an ownership group shake-up, it appears that Flour + Water Pizzeria will be making a triumphant return next year, but it won’t be in the Mission where the popular pizza house was born.
The Castro's fine-dining gem Frances (3870 17th St.) reopens Thursday night (June 23), after a months-long remodel, and after remaining mostly dark since March 2020.
Find out what's happening around the Bay Area June 24-26 with this week's installment of Hoodline's Summertime Happenings series.
Hoodline – your city’s top journalists reporting original news & stories across neighborhood beats.