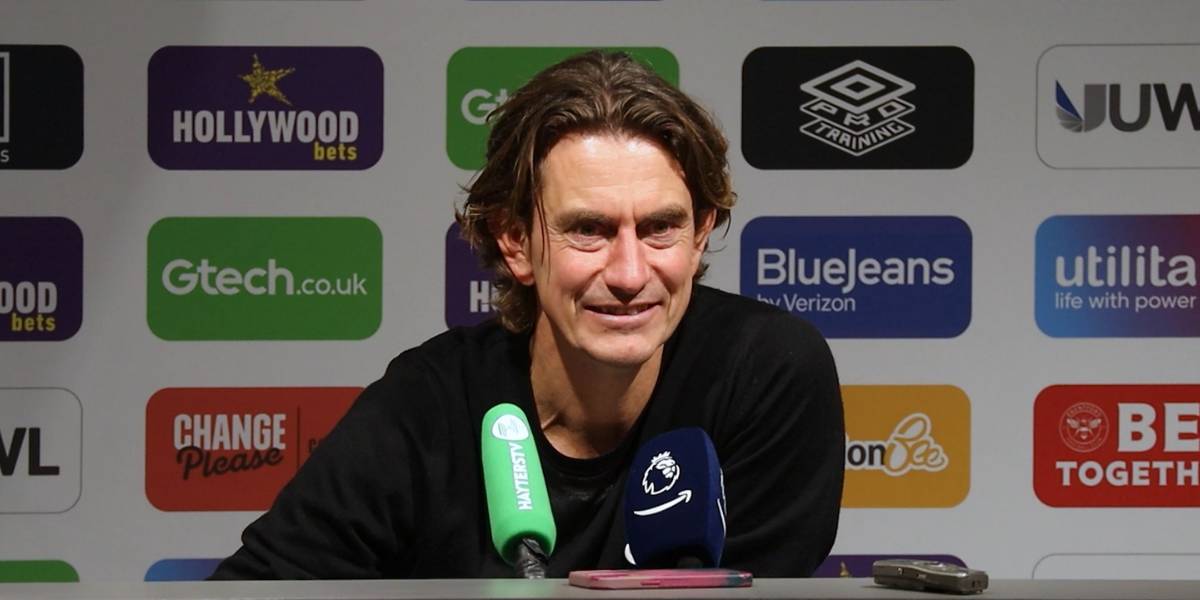 Thomas Frank says Keane Lewis-Potter still needs to build up his fitness more before he can start games again.
The forward has returned to the bench for the past two games, against Brighton and Chelsea, following a three-game spell out of the squad because of a foot injury.
Lewis-Potter had started the games against Crystal Palace and Leeds prior to being sidelined, but Bees boss Frank says he is still not yet ready to return to the starting line-up for Sunday’s trip to Aston Villa.

“Unfortunately, he got injured, and that’s set him back. That’s also why he was not close to getting on the pitch the last two games he was there,” Frank said.
“We could have used him the last 10 minutes if we needed him in some way. It’s not like he can’t run.
“But we have something where we measure their readiness to play, and he is the bottom of that graph fitness-wise. He’s not where he should be.
“So he will not start on Sunday. He’s not ready to do that but he’s getting closer and closer.
“He needs to come back to the (right) fitness level but I like what I’ve seen so far.”
Another summer signing, Mikkel Damsgaard, has also been an unused substitute in the past two games.
The winger made his first Premier League start in the goalless draw with Bournemouth earlier this month, but Frank says the need to make Brentford more solid after their 5-1 hammering at Newcastle has partly impacted the Danish international’s game time.
“We needed to take a step back and make us a little bit more solid against both Brighton and Chelsea,” Frank said.
“But he is definitely a player for the future of Brentford. And hopefully that future is soon.”

Meanwhile, Frank has dismissed reports linking him with the vacant Aston Villa’s manager’s job and insists he has “unfinished business” at Brentford.
“I’m really, really happy here and there’s unfinished business to do,” he explained.
“I’m in a role where yes my main job, and I love it, is to be out there and coach on the pitch, but one of my strengths and it’s also a huge weakness, is that I like to be involved in everything.
“I like to be a part of making everything grow, which is also a bit tiring sometimes.”

Your email address will not be published. Required fields are marked *