by Christopher Cullen | Oct 25, 2022 | Opinion | 5 comments
Harvard Square has seen locally owned businesses replaced by chains. Black Ink at 5 Brattle St. (photo from 2018 by Ambia C. via Yelp) is now a Topdrawer (photo from 2021 by Elaine L. via Yelp).
It’s conventional wisdom around Cambridge that Harvard Square is not what it used to be. I have read this claim so many times over the past two decades that I wanted to see if it was true. And so this summer, during my walks to and from work through Harvard Square, I decided to count and categorize its storefronts. Data now in hand (findings here), I am satisfied that conventional wisdom holds up: Harvard Square is chain-ging.
From January 2020 to July 2022, more than 80 retail locations out of 300 in Harvard Square had either turned over to a new business tenant (around 50) or were still vacant in July 2022 (30 of them).

In the case of the roughly 50 locations that had a new tenant in place or lined up, that was more likely to be a large corporate chain than the tenant being replaced. With these locations, large chains increased their market share in Harvard Square to 40 percent from 27 percent, while local businesses decreased in market share to 60 percent from 73 percent.
The data reveals a bright spot that is true of the entire square: Local businesses outnumber large chains in Harvard Square. But they are slowly losing their grip. 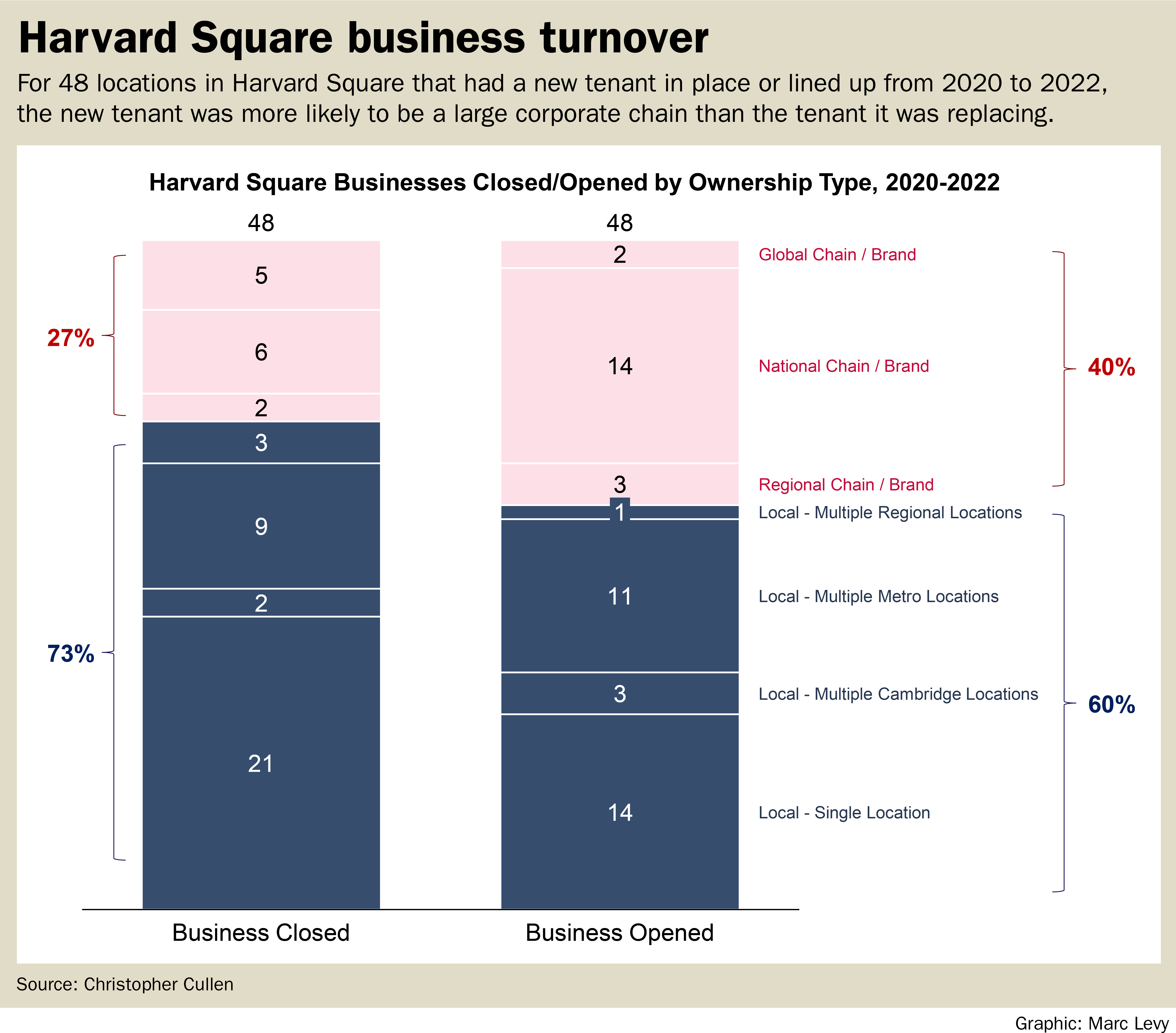